“The Royal Train” – Forerunner of the Blue Train 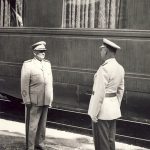 Reception at the railway station in Niška Banja, 6 July 1952 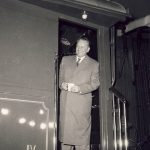 In the Special Train before departure to Greece, 28 May 1954 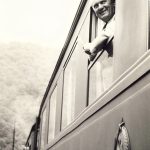 Workers of the Railway Workshop „Heroj Srba“ in Smederevo equipped and handed over to the Marshal the set of six repaired cars as a gift for May 1 in 1947.

The Blue Train is a popular name of the Special Train that became common among the people and in the press. The name originates from the color of the locomotive and cars. It is believed that Tito himself gave the idea for the name of the train.