For the “Blue Train”, as we know it today, three diesel-hydraulic locomotives were procured from the Krauss-Maffei factory from Munich, and these locomotives were marked with serial numbers and names. Therefore the locomotive 761-001 was named “Dinara”, 761-002 „Kozara“ and 761-003 „Sutjeska“. 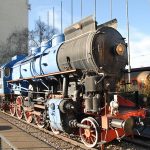 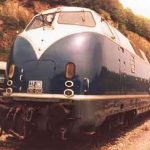 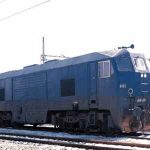 Diesel electric locomotive series 666 manufactured in “General Motors” – USA, in 1978.
Manufacturer sign is JT 22CW-2
It is a six-axle locomotive, with single axle drive, Co’Co’.
Today it is used on the railway lines of  Serbian Railways