Building of The Blue Train

The building of the “Blue Train” was decided in 1956. It was designed by the engineers from “Mašinogradnja”. It was composed of nine cars of the “main train”, which were marked 2-11 to 2-19 and which were ready to operate in late February 1959. Four cars were made in „Dragoslav Đorđević-Goša“ factory in Smederevska Palanka, and the other five in „Boris Kidrič“ factory in Maribor.

As a part of the “Blue Train”, beside the “main train”, there was also “the first or the officer train”, marked 1-01 to 1-20. It was composed of official storage or power car, sleeping car, car for vehicle transport and dining car, and all of them were built in the period 1961 -1975. 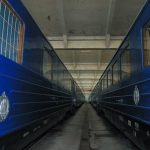 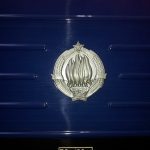 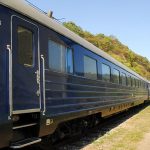