One of the most beautiful railroads in the world till the 1974 was going through Mokra Gora and the valleys all over the sides of Tara, Zlatibor and Šargan mountains. On the railway which was connecting Belgrade with Sarajevo and Dubrovnik, navigated the train “Ćira”. For the period of 50 years this railway kept the doors to Europe opened for Mokra Gora.

And 30 years before “Ćira” passed Šargan railway Mitar Tarabić, the famous prophet of Kremna, foresaw that “through gipsy will pass the way with iron, fire car, which will always stop at the place where now gipsy tents stand”. (He talks about the part of Kremna). 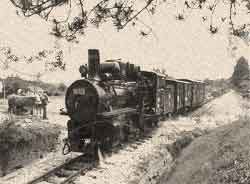 Because of the progress and the development of the whole society, and also the traffic, steam engines and railways with strait tracks became a part of history. Unfortunately, this destiny also stands for the world’s unique Šargan “eight”. The last time that the train passed through Šargan was 28th of February 1974. 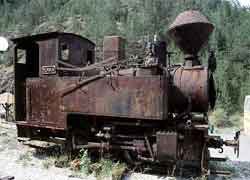