The part of the permanent exhibition at the main entrance in the Museum, shows the bust of George Stephenson, made of plaster in 1899 in England, which was a gift from railway stoking stationary from Ljubljana. It arrived in the Museum in 1951. There are models of his locomotives “Rocket” (which was made by the Student Organization of the Belgrade University according to the draft designs of the Science Museum in London) and locomotive No 1, as well as the models of the steam locomotives series JŽ 124-004, 20-007, 01-021, 51-001, 06-012. 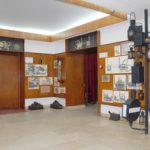 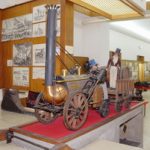 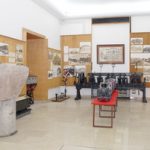 In the exhibition showcases of the Museum, there are:

The permanent exhibition is enriched with the column of the Skopje railway station (destroyed in the earthquake from 1963). The entire surface of wall panels is covered with photographs of the history of the railway in the world and in our country.

Railway Museum Library has 7500 books, as well as 1500 magazines and journals. The Library fund has books in foreign languages, timetables collection, almanacs, year books and encyclopedias.

The important place in the Library belongs to the books from the second half of the 19th century, amongst which we would like to point out the oldest one – “Issue of Railway and Serbia” by Aleksandar Oreškovića from 1871.

The archive of the Railway Museum has today more than 470 linear meters of material, which is divided according to the time of origin in: old period, war period and after war period.

The most valuable documents of the Archive are:

– CARNET, diary of Antonije Panic, written during his staying 1883/84 in Anvers in Belgium for praxis. Considering the information from this diary, it´s obvious that in 1881/82 there was a Railway school in Belgrade.
– OBLIGATIONS OF THE OTTOMAN EMPIRE on railways construction from 1870.
– COURT TRAIN TIMETABLE from June 25, 1914, which was used by archduke Ferdinand to arrive to Sarajevo.
– ORIGINAL CARDBOARD TICKET COLLECTION OF EUROPEAN RAILWAYS collected between 1900 and 1941.

Integral part of the Archive is also original photo collection from 1873 and photo negative from 1945. The oldest photos in the Museum are photos of the railway stations Rijeka and Vodnjana from 1876.Court photograph Lazar Lacter took a series of photos of the construction of the first railways in Serbia and those photos are part of the museum photo archive.

Railway Museum has over 40.000 items grouped into four basic collections: 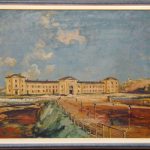 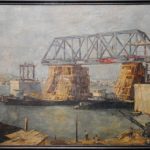 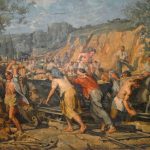 From the collection of applied art, permanent exhibition has:

– armchair from the saloon carriage of Franz Joseph I (1897)
– lather armchair, small table, two candlesticks and table clock from the saloon of Petar I I Karađorđević,
– a part of the saloon furniture engraved in Caucasian walnut which used to be a part of the cabinet of the former Ministry of Transport, Mehmed Spah (from 1935- 1939) is placed in on of the Museum’s offices.

The collections are generally found in the permanent exhibition and in the Museum’s depot, apart from one part of the collection of the technical items, which is placed in Narrow-Gauge Railways Department in Požega, stocking stationary and saw mill in Belgrade, next to the Blue Train depot in Topčider (Belgrade), as well as at the stations in Belgrade, Niš, Lapovo, Prokuplje, Pančevo, Vršac, Kikinda, Sombor, Subotica.

A large number of museum collection items are stored in museums’ depots: 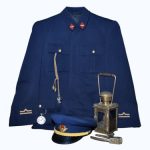 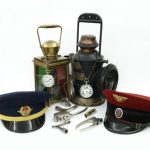 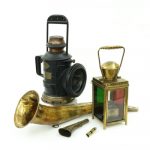